The Ecole Polytechnique Fédérale de Lausanne and Dominique Perrault inaugurated in Fall 2018 a MOOC (Massive Open Online Course) on the Groundscape architecture, entitled “Groundscape Architecture Design Lab, Re-thinking cities underground”. Along with SubLab teachers Richard Nguyen, Ignacio Ferrer Rizzo and Juan Fernandez Andrino, Dominique Perrault offers for the first time an online course, wich will allow each student to acquire the fundamental skills necessary to design a project about the underground architecture. It offers a discovery of the underground territory, in order to reverse the negative perception associated with it. It will also make viewers more familiar with urban strategies, design tools and construction processes necessary for the creation of undergournd spaces.

As outcome project, the MOOC offers the opportunity to participate in the Groundscape Design Competition by creating an architectural Groundscape project.

Praemium Imperiale award winner (Japan), the French architect and urban planner, Dominique Perrault, is a professor and director of the Underground Architecture Laboratory (SUB) at the Ecole Polytechnique Fédérale de Lausanne in Switzerland. He is also the founder of DPAx, a multidisciplinary research platform exploring architecture from a wider perspective, and DPA Lab, a laboratory of research and innovation developing processes that reinvent the vocabulary of architecture. Along with the Bibliothèque Nationale de France, his main projects to date include the Olympic Velodrome and Swimming Pool in Berlin, the extension of the Court of Justice of the European Union in Luxembourg, the Olympic Tennis Stadium in Madrid, the Ewha Womans University in Seoul and the Fukoku Tower in Osaka. In recent years, Dominique Perrault inaugurated the tallest tower of Austria in Vienna, the DC Tower 1, and led various heritage rehabilitation projects, including the new public entry pavilion for the Château de Versailles and the repurposing of La Poste du Louvre in Paris. Current studies and urban research projects include the Olympic Village – Paris 2024 and the “Mission Ile de la Cité,” an urban study commissioned by the president of the French Republic that reflects upon the future of the thriving, historical center of Paris from now until 2040.

Teacher of SubLab, Laboratory of underground architecture of EPFL. Architectec graduated from ETSAM, Madrid Technical University of Architecture. He is also a graduate of the Mackintosh School of Art. His professional career began in Seville with the architect Guillermi Vazquez Consuegra (1997-1999). Since 2001, he collaborates with Dominique Perrault in Paris as head of project development in Spain. Since 2005, he is director of DPA Spain in Madrid. Among the projects carried out within the agency are the Olympic Tennis Center in Madrid, the Melia Tower in Barcelona, the Arganzuela Footbridge in Madrid and the Leon Convention and Exhibition Center.

Architect graduated from ETSAM, Technical University of Architecture Madrid, he also attended EPFL as a student during an exchange program. Ignacio Ferrer Rizzo has been a collaborator since 2014 in Dominique Perrault’s Geneva office. As a professor-resercher, in 2016 he joined the SubLab, Laboratory of Underground Architecture at EPFL.

Architect graduated from the Paris Malaquais School of Architecture, after studyinf at the University of Sydney. During his twelve years of collaboration with Dominique Perrault agency, he has directed numerous projects, including the French Ministry of Defense, the Paris Ile de la Cité mission and the Longchamp racecourse in Paris. His academic career began alongside Sir Peter Cook, founder of Archigram at the Ecole Spéciale d’Architecture in Paris. He has also been a professor at the School of Industrial Design in Paris. Since 2014, he teaches architecture design studio at EPFL, as part of the underground architecture laboratory SubLab, and received in 2016 the Gold Polysphere Prize, wich rewards the best EPFL professor. 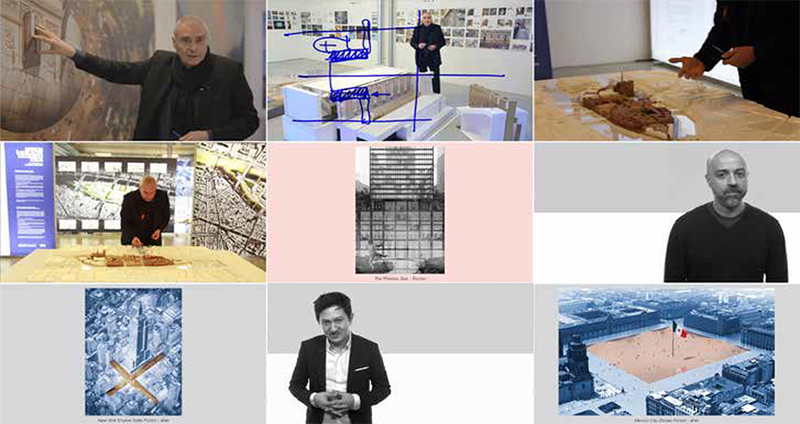